In Life on board retrieved objects from the Vasa are exhibited, and we can form a picture of everyday life on a warship including clothes, food and illness.

The commanders' utensils and containers were made of pewter, glass and imported pottery. This contrasted sharply with the crew's simple wooden objects. One of the sailor's chests found during the excavation has been given its own display case. When the lid was lifted, everything lay there exactly as it had been packed by some sailor 333 years previously.

The Vasa would have had a crew of 145 sailors and 300 soldiers. The large crew was needed to handle the rig and cannon efficiently in a naval battle. In all other situations the crew was too large. If the ship had been used as was customary to transport troops it would have been very cramped onboard.

The exhibition includes a full-scale model of a part of the upper gun deck which visitors may enter, and a section model of the Vasa's interior showing men. 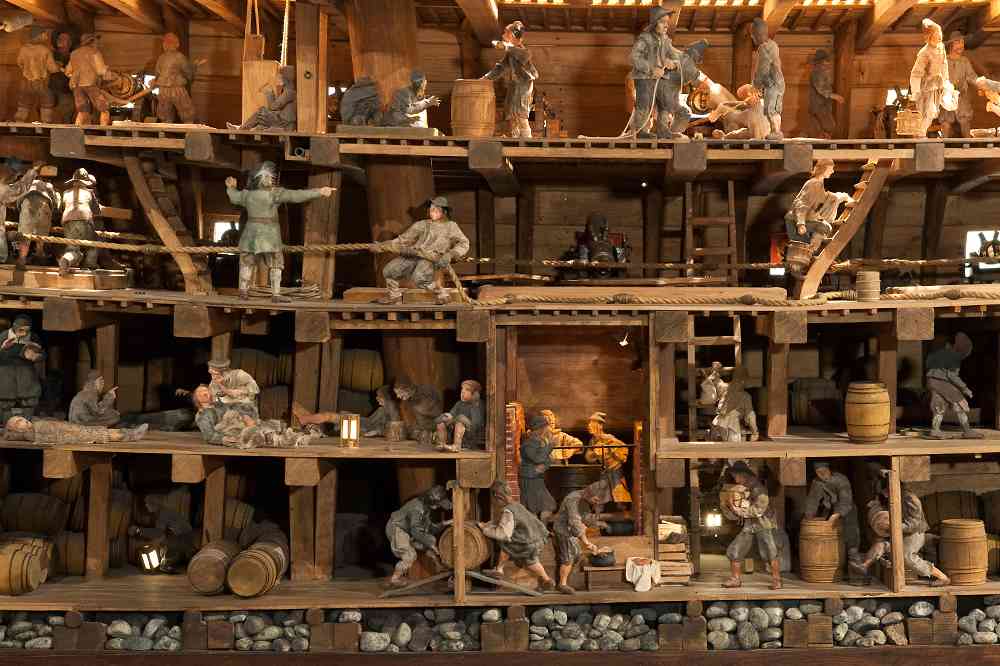 450 men crowded into less than 600 square meters of living space, sleeping in shifts, eating from communal bowls, disease an ever-present risk, tedium the order of the day. But the food was regular, the duty was clearly defined, and unlike in the army, you could come home in the winter.